Say what you like about the year 2020, it has certainly shaken the music world up. At the very start of the global pandemic I noticed a number of spoilt charlatans on social media getting their feathers ruffled about how their life as an ‘artist’ (cough) was now in ruins as they rattled their begging bowls through clouds of tears. We should be so lucky. I always had deep misgivings about any musician or, uh, ‘sound artist’ and suchlike who depended on arts grants and similar funding in order to support their generally desiccated and pathetic attempts at work designed to provoke thought only amongst those too naive, ignorant or downright stupid to know any better. The very same breed, no less, who usually rail against the government until it’s time for a handout from them. Anybody who introduces themselves as an ‘artist’ automatically commands suspicion anyway, but those that declare themselves a ‘sound artist’ are either best avoided at all costs or, better still, placed in a gibbet for all to scoff at. Those that believe they’re doing a wonderful thing by producing yet another installation most people in their right mind couldn’t give a fuck about are amongst the very worst. It’s this breed in particular, with their concomitant sense of entitlement, that I’m personally glad the pandemic has helped serve a huge reality check.

In stating this, however, it’s not that I’m opposed to local governments handing out some money to support art and culture. Rather, it’s the mentality of these ‘artists’ I cannot stand. It was precisely this that struck me like effulgence from the dark and dank realms of social media as the world began to slowly turn upside-down in March. Whilst the media were reporting on front line workers doing extra hours and the threat of real jobs being jeopardised loomed, these idiots were crying in unison about their lack of funding for their sonic onanism.

Of course, there are plenty involved in music whose real jobs have been affected by the global situation, from promoters to those involved with the running of venues and even those printers who depended on gig posters for their income. Magazines, retailers, sound engineers, studios and many others beside have all suffered an immense blow. Ditto those ‘real’ musicians whose livelihoods depended on regular touring and the usual machinations of the industry. Even if my cantankerous side might likewise be grateful for all those indie bands and the like having a pause on their careers forced upon them, I do have some residual compassion for those hard-working amongst them that help to keep others in jobs along the way. I’m not a complete bastard… yet.

Yes, I fully understand how difficult this year has been for many in music, but I am likewise hoping that it will prove to have seen the end of so many who’ve nothing to offer or say beyond their usual pretentious tropes. People who’d be better off clearing the streets of litter than putting together a construct designed to make us ‘understand’ sound in a manner purportedly never, gosh, even once considered before. Patronising cunts.

For me, this is perhaps one of the best things to derive from the whole sorry mess that has been 2020. 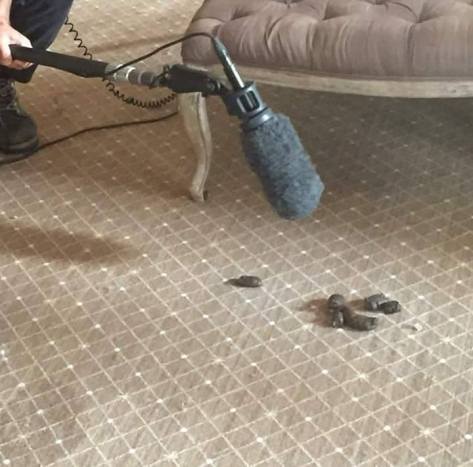 It is rare I even pretend to give a fuck, but the compulsion to get certain things off my battered old chest simply becomes too overbearing sometimes. The music industry, from the perspective of somebody  still unwittingly snagged in one of its dingiest and most forgotten corners in 2016, has long been a shambles where the scent of dying embers can be found in almost every direction. Anybody entering it expecting to live the life of their own heroes or those very few who’ve still managed to miraculously make it must be incredibly naive. There’s nothing in the least wrong with having hopes, dreams and aspirations (heck, I’ve enough of them myself still, even at my rather more, ahem, ‘autumnal’ age), but the odds against anybody even stepping onto the first rung of the ladder to this particular snakepit are presently higher than ever. The only way to do it is to keep everything truly independent and as in-house as possible, whilst applying a strong work ethic (meaning being prepared to not only work hard at the releases and everything attached but also playing live to the point of a nervous breakdown in order to get your name ‘out there’). Given just how difficult all that is as well, I’d contend you have to be, in equal measure, slightly insane and absolutely bursting with a conviction in what you’re doing. This is just one of several reasons why I actively discourage people from getting involved, tho’ next to how attractive this world still appears to most my words, as worthless as they are in the first place, remain destined to only go unheeded. Regardless, if driven enough, it’s probably a riper time than ever before to turn to the do-it-yourselfers as some kinda loose model. If music has any future, it continues to remain in this space. A space itself that’s more important than ever before. A space that clearly sprang in the late 1960s, grew far wider during the late ’70s and early-to-mid ’80s, and has remained relevant ever since.

Far be it for me to give any kind of advice, either. I abhor ‘advice’ as much as the next person. Rather, I can see what has been happening for the past decade or more. I can, equally, feel it. The 1960s might have helped radicalise, or politicise, music, and what happened in the mid-to-late ’70s might have helped disrupt the burgeoning complacency of many of those involved. The internet’s development during the past couple of decades has once again turned things upside-down and become a genuine threat to those who, until recently, were running almost the entire show. However, in a culture brimming ever more with unrealistic aspirations, I’d contend the internet also fosters far more complacency (on all levels) than its image suspends.

To survive now, one must not only utilise all the means available but also go beyond them, or at least attempt to. And, indeed, this is merely to survive.

I might well remain critical of all those involved in music (artistically and otherwise), but there’s a good reason for this. And here I am back at a point I craftily snuck into the very start of this…